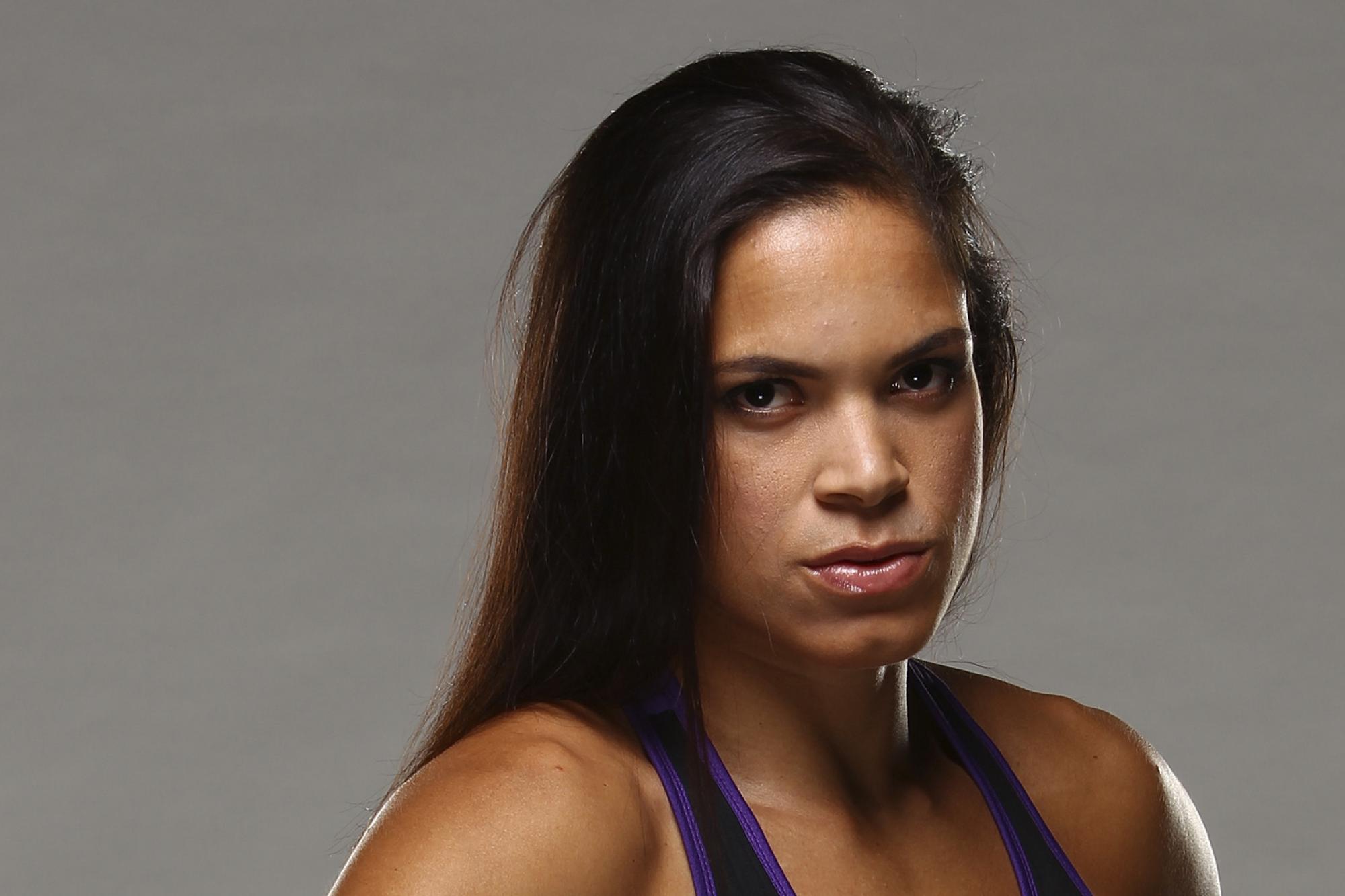 Flashback – Amanda Nunes on the Road to Rousey

It's been almost six years since Amanda Nunes' last loss, go back in time and see what the G.O.A.T. was thinking before she was the G.O.A.T.
By Thomas Gerbasi, on Twitter: @TGerbasi • May. 22, 2020

Before she became a double-champ, before she became the G.O.A.T. of women’s MMA, Amanda Nunes was just another contender in the UFC trying to put together the kind of winning streak that would lead her to a title fight. In September 2014, Nunes was about to face Cat Zingano in a pivotal UFC 178 bout. How pivotal? Nunes lost that bout and Zingano got a shot at champion Ronda Rousey. “The Lioness” was undeterred by the setback, though, and she hasn’t lost since. You know that part of the story. Here’s one from before Nunes took over the world.

Currently taking up the final three spots in the UFC women’s bantamweight division top ten, the trio of Amanda Nunes, Bethe Correia, and Jessica Andrade has been setting the standard for female MMA fighters from Brazil, and they’re only getting better with each passing fight. But only one of the three – the number eight-ranked Nunes – has taken her show on the road in order to give herself the best shot at becoming a champion. And that wasn’t an easy decision.

“I came here to get better,” Nunes, who has made her home in the United States for the last three years, said. “I found a good gym to train in, a good manager, and everything is better in my life. Here there are more shows and you have more opportunities to fight.”

Living in Miami, Florida, where she trains with the MMA Masters team, Nunes left her family behind in Bahia to chase her dream of a world title, but even though she’s not in Brazil, everything she does is for her family and home country.

“Amanda’s very, very close with her family,” Charles McCarthy, a UFC vet and Nunes’ manager, said. “For her, the difficulty in leaving home is really being away from her family. But she’s using this as a way of establishing something that she can bring home to her family in Brazil.”

Unbeaten in two UFC fights – first-round TKOs of Sheila Gaff and Germaine de Randamie – the 26-year-old Nunes looks like she’s starting to reach the potential so many saw in her as she ripped through her early opponents. Losses to Alexis Davis and Sarah D’Alelio in 2011 and 2013 slowed the hype train a bit, but when she got to the UFC, she looked like the ferocious fighter her nickname “The Lioness” says she is. 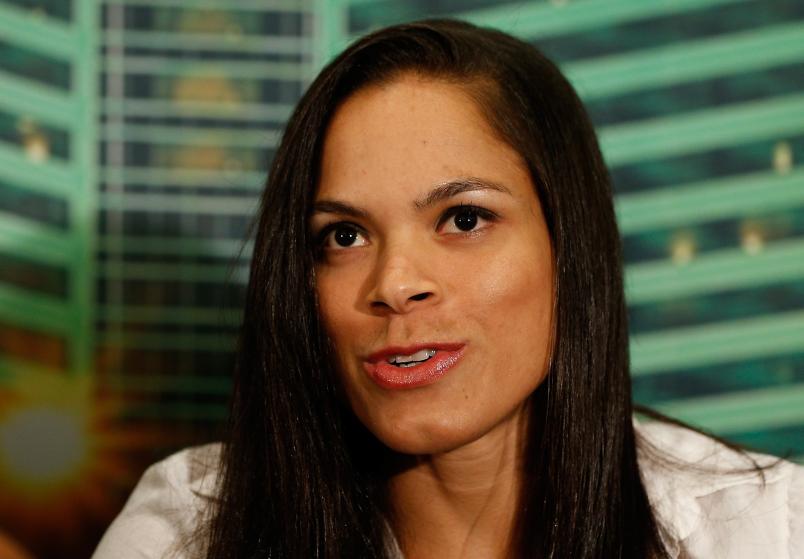 Amanda Nunes of Brazil interacts with media during the UFC 178 Ultimate Media Day at the MGM Grand Hotel/Casino on September 25, 2014 in Las Vegas, Nevada. (Photo by Josh Hedges/Zuffa LLC via Getty Images)

But of course, this is MMA, and momentum has a way of screeching to a halt at the most inopportune times, and for Nunes, that meant seeing an April matchup with Sarah Kaufman hit the skids due to injury. She stayed positive throughout though, looking at the time off as not just a way to better her game once she was greenlighted to train again, but to wait for the big fight she wanted.

“I wasn’t frustrated by the wait,” she said. “It wasn’t bad for me. I kept training, so I kept getting better and better, and that’s okay. I waited for a good opportunity like this.”

That good opportunity arrives this Saturday in the form of a bout against number one contender Cat Zingano. For Nunes, it’s a high-profile return fight, as well as a way to make a case for herself as the next challenger to champion Ronda Rousey should she win.

“This is the best fight to show everybody that I’m ready to be a champion,” Nunes said. “She has striking and I’m a striker too. I’m a black belt in jiu-jitsu, she can fight on the ground too, and it’s going to be good because both of us are complete fighters. But yes, for sure I’m going to beat Cat, and after that I’m ready for the opportunity for a title shot.”

Nunes doesn’t play the usual fighter role of saying that she’s not looking past what happens in the next fight. She’s focused on Zingano, but she has also not shied away from saying that she wants Rousey next. That kind of talk has gotten Zingano – who is returning from a 17-month layoff due to injury – a bit riled up. It just makes Nunes laugh. 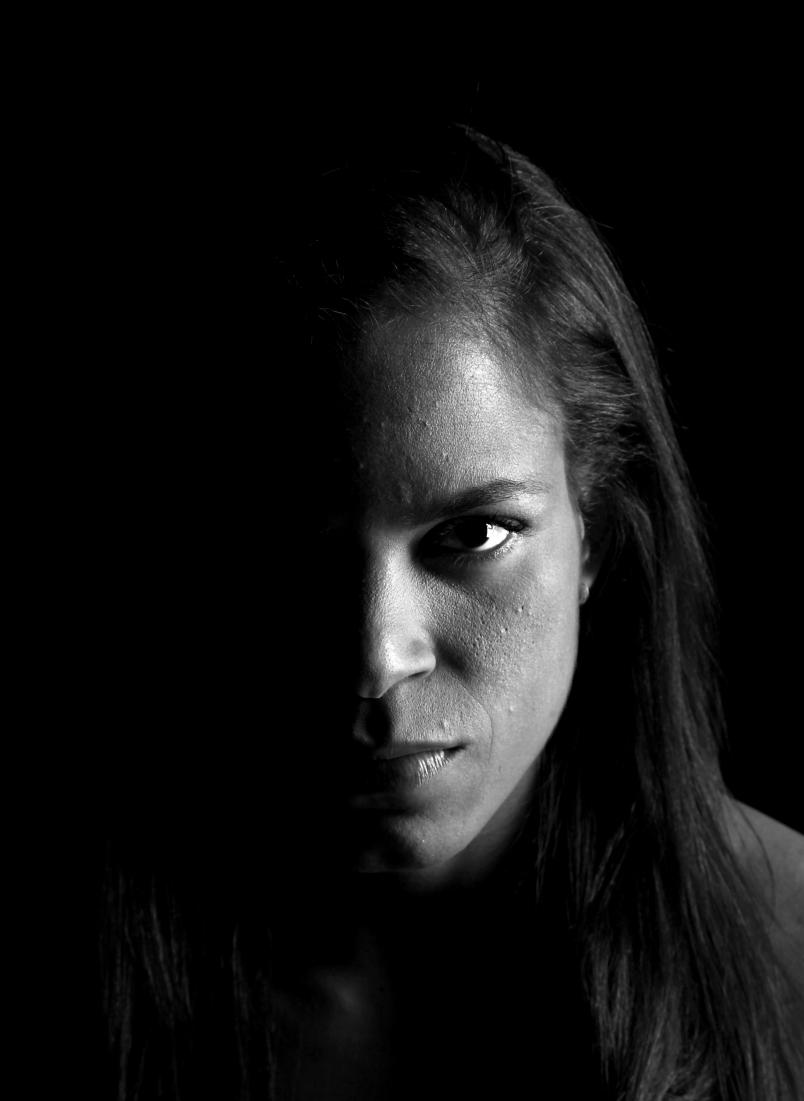 manda Nunes poses for a portrait on September 24, 2014 in Las Vegas, Nevada. (Photo by Brandon Magnus/Zuffa LLC via Getty Images)

“I think she (Zingano) got excited too much, but it’s good,” Nunes said. “We’re gonna see each other on September 27th and I’m going to finish her.”

As for the likelihood of Nunes getting the next crack at “Rowdy” Ronda should she beat Zingano, McCarthy believes it’s a no brainer, dismissing any talk of shots going to fighters not even in the UFC (Gina Carano, Cris Justino).

“There’s so much talk over who’s getting the next title shot, and it’s easy to get excited about fighters who are not in the UFC now, but you’ve got two women who are the biggest studs in your division fighting each other,” he said. “There’s no question who’s gonna earn their title shot. The winner of this fight will unequivocally be the top title contender.”

Nunes is down with that logic, and she can’t wait to get a chance to test herself against Rousey – for herself, her family, and for Brazil.

“For sure I can beat Ronda, and I’ve waited for this moment in my life,” she said. “I will train, beat Cat, and then I’ll be ready to beat Ronda. Brazil is waiting for me to bring this belt, and I’ll bring it to Brazil for sure.”