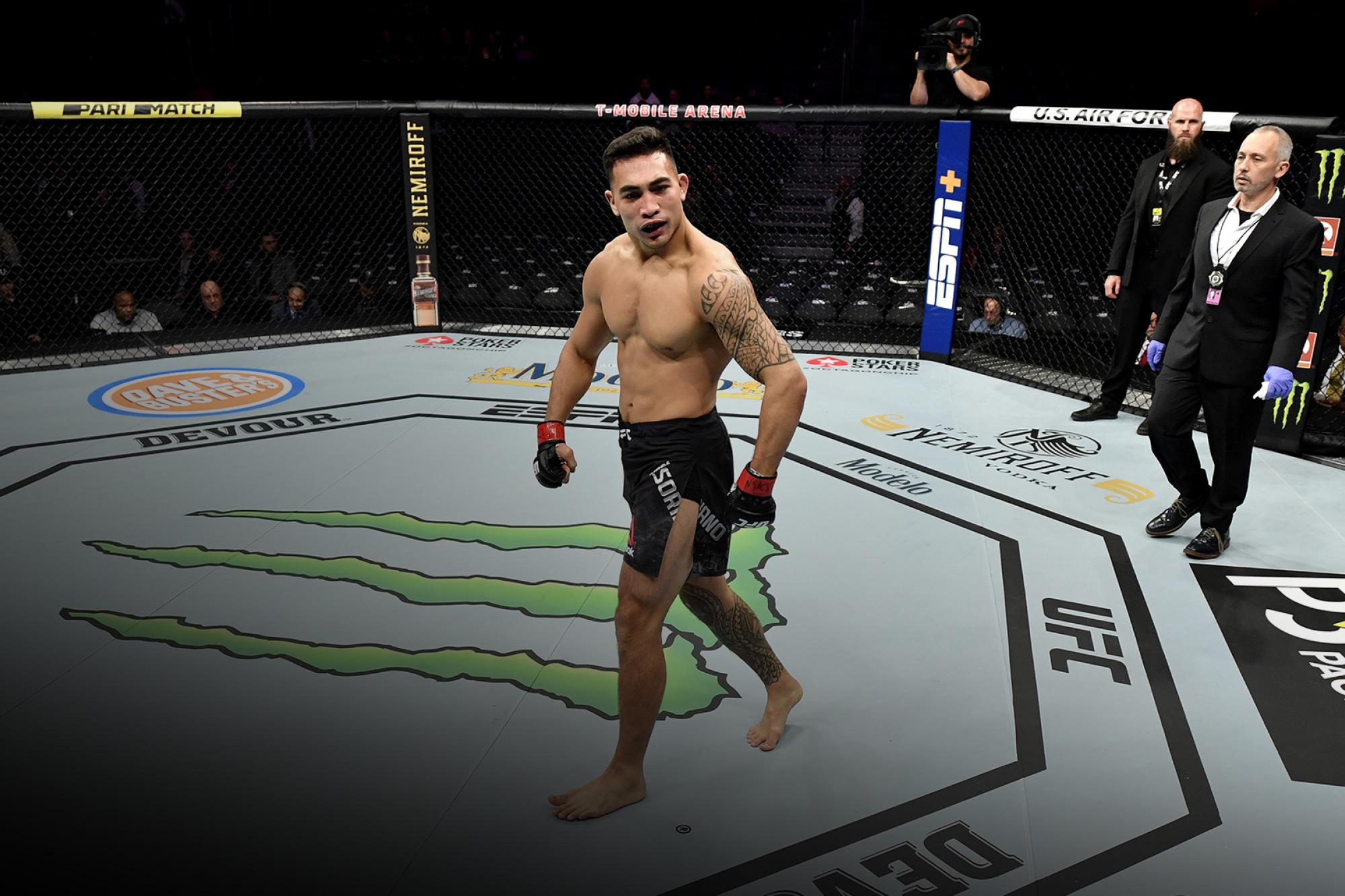 After more than a year away from the Octagon, highly touted prospect Punahele Soriano is back and ready to shine at UFC Fight Night: Holloway vs Kattar.
By Gavin Porter, On Twitter @PorterUFCNews • Jan. 13, 2021

2020 was supposed to be the year that middleweight Punahele Soriano made his move. But thanks to nagging injuries, he was forced to the sidelines for over a year. While he waited for his body to get right, Soriano dove head-first into film study, watching fight after fight.

The fight he found himself watching the most was his UFC debut against Oskar Piechota at UFC 245. In the bout, Soriano overwhelmed Piechota, knocking out the Polish fighter in the first round. It was a spectacular performance and it’s the knockout that Soriano dubs his “sweetest.”

“I’m probably like three-fourths of the views on it,” the 28-year-old Soriano told UFC.com with a smile.

Reminiscing about that knockout win isn’t the only reason Soriano is smiling. The undefeated Hawaiian is finally back in action, as he is slated to face Dusko Todorovic at UFC Fight Night: Holloway vs Kattar this weekend. 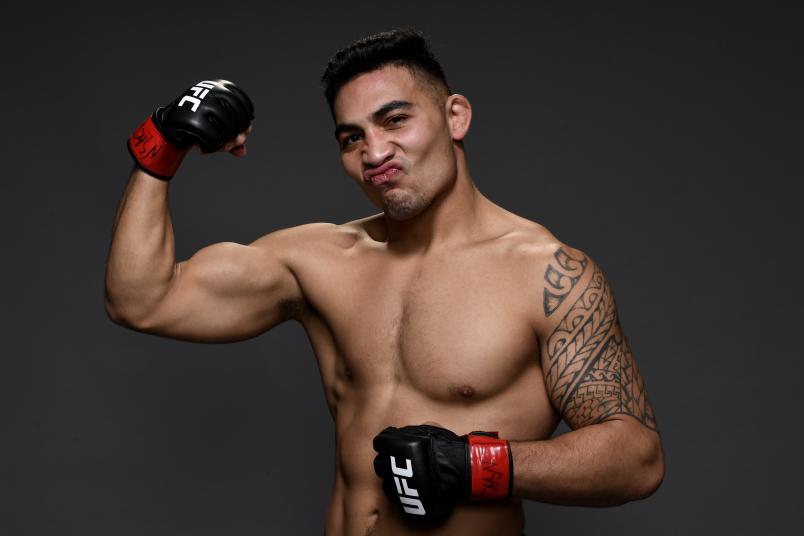 Punahele Soriano poses for a portrait during the UFC 245 event at T-Mobile Arena on December 14, 2019 in Las Vegas, Nevada. (Photo by Mike Roach/Zuffa LLC)

Like Soriano, Todorovic is an undefeated fighter who scored a knockout win in his UFC debut. But when asked if the idea of handing Todorovic his first loss has given him motivation, Soriano is quick to shake off the thought and point to his year-plus gap between fights as the only fuel he needed.

“It was pretty rough. I suffered through a couple injuries here and there, and the injuries suck and all, but it was more mentally draining than anything,” Soriano said. “Just somehow, someway, I willed myself through it and came through the other end.”

That other end that Soriano is referring to is UFC Fight Island. It’s where he will finally get to compete after being stuck in the recovery room and it’s where he will get to remind everyone that he has potential to be a real player in the middleweight division.

“I believe I’m going to be a problem because I want it more and I’m going to prove it in every aspect of the fight. Anywhere the fight goes, I plan to outfight this man and just be the better man,” Soriano said. “I’m really excited for this fight with Dusko; he’s a dog and he brings the fight to his opponents and so do I. I think it’s just going to be who wants it more and I think I’m the man who wants it more in every fight. I always want it more.”

Soriano believes that the time away from competition only increased his thirst for victory and that he isn’t quite sure what to expect of his emotions when he finally gets to make that walk.

The only thing that he is certain of is that once that cage door closes, Todorovic is going to be in for the fight of his life.

“Honestly, I have no control over my emotions,” Soriano said with a smile. “My emotions are always crazy. I feel like I have everything from excitement to fear to who knows what. But for whatever reason I know as soon as I step in the cage and as soon as the door closes, it’s on. I’m going to be at my best, no matter what.”

Make sure to watch Soriano and Todorovic duke it out in a battle of unbeaten prospects, live on ABC and ESPN+ at 3pm ET/12pm PT.