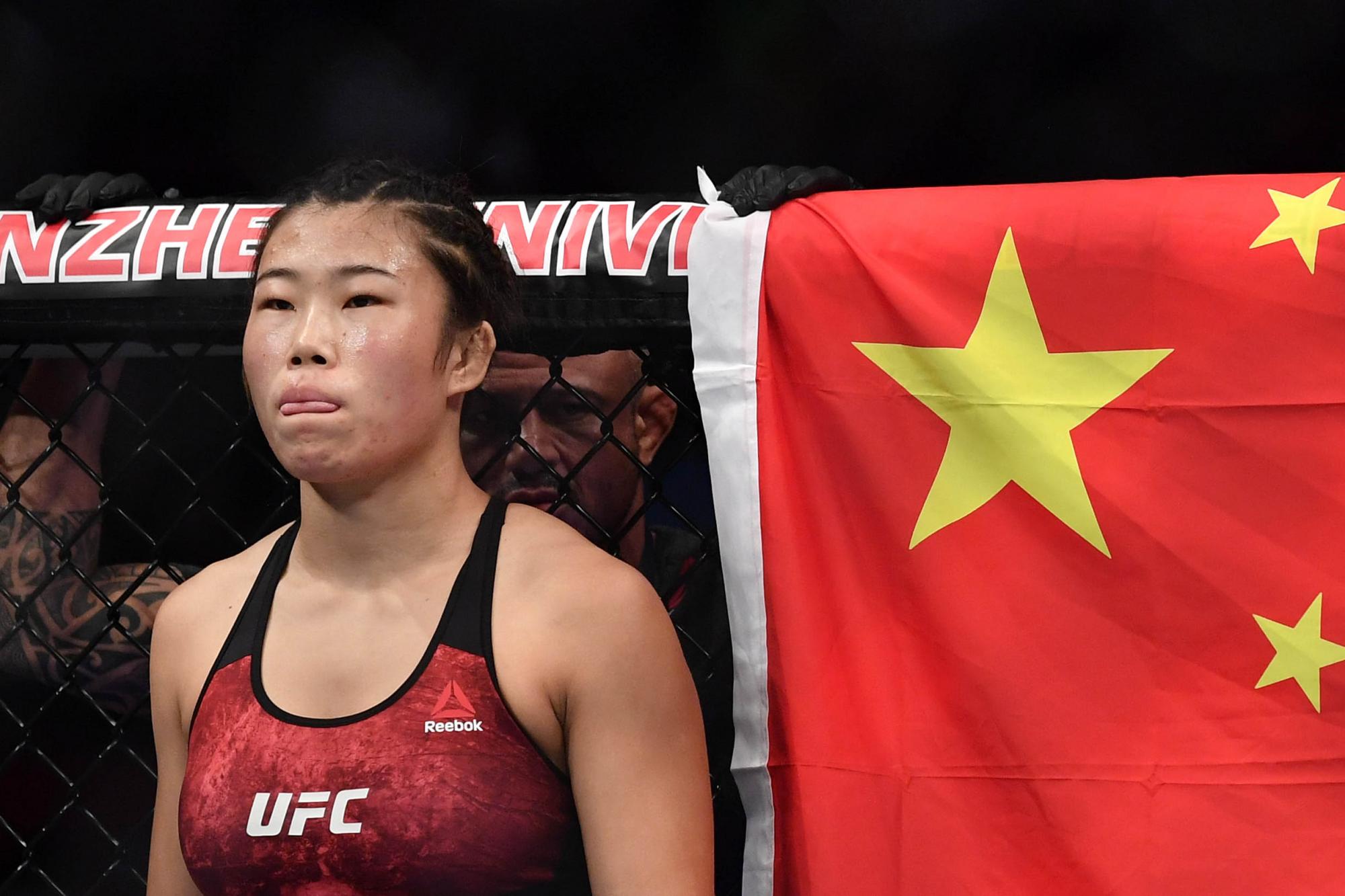 When Wu Yanan left the Octagon on the wrong side of a split decision loss in August 2019, she didn’t imagine it would be nearly 18 months before she’d have a chance to avenge it. The razor-close margin, coupled with her pre-fight troubles on the scale, could be the ingredients for despair over such a long layoff, but Wu speaks of the experience with a sage wisdom that belies her 24 years.

"Every bout has a winner and loser,” she told UFC.com via translator. “Before MMA, I fought many Sanda bouts, thus it's the same; after the bout we will go back to see what we did was correct or not and realize the weaknesses.  Then we go back to basics and fundamentals to correct mistakes and review game plans."

For the uninitiated, the sport of Sanda (translated literally as “free fighting”) is a fighting system developed by the Chinese military, rooted in Kung Fu and incorporating modern combat. It’s the official full contact sport of her native China and is the lifeblood of Yanan’s MMA game. She has competed in it since her youth, studied it in college, and brings it to life on fight night with her aggressive, forward-marching style. But perhaps more importantly, it instructs in coping with adversity. In three UFC bouts, only her 2018 submission of Lauren Mueller resulted in a win, but she speaks with confidence about the road forward. 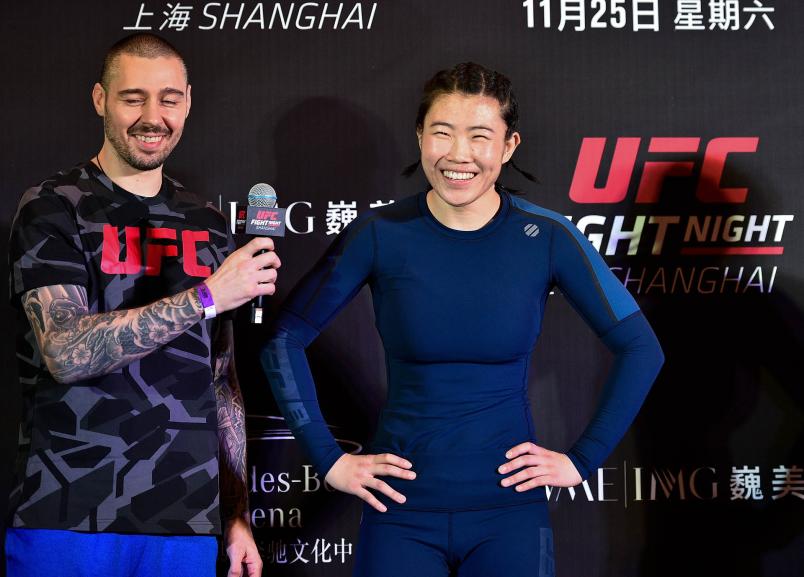 “As I am one of the younger of the female fighters from China, I feel that I have lots of time to grow in the organization and sharpen my skills,” she says.

A global pandemic didn’t make skill-sharpening such an easy feat, a problem that befell the majority of athletes everywhere.

“In the early period of the pandemic we had a lockdown, and it was winter. It was tough as we were not allowed out of our apartments.  It’s hard to train and be motivated when I am not able to be in a group environment or have anyone to train with.  During the lockdown, my coach, instructors, and manager were in close contact with me, so it reinforced our training and learning.   Now things are back to normal in Qingdao, so I am able to train freely and have my team members to help me.  It's a big difference from only being able to train in a small living room for a few weeks to being back to my team.” 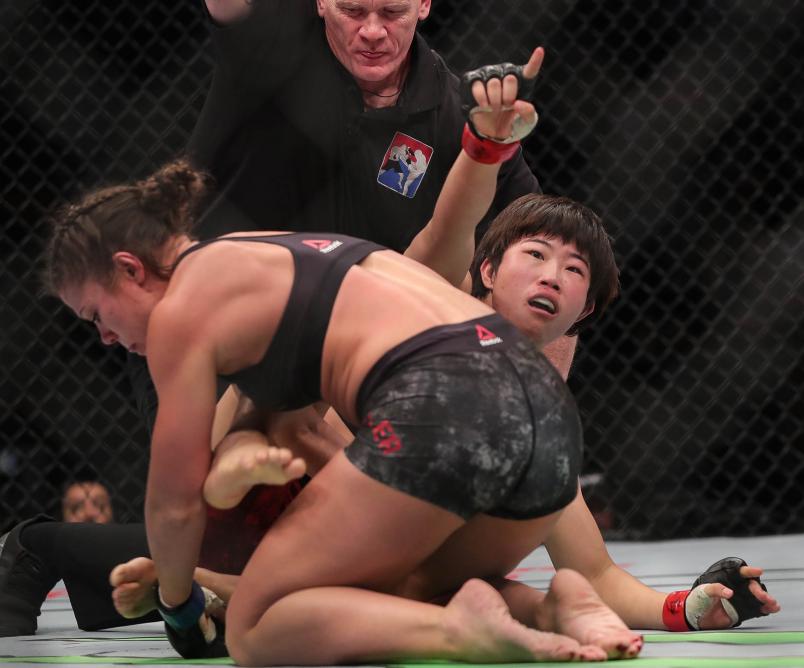 Her team also helped her prep for her move up to the bantamweight division. She went into camp thinking she’d have the chance to retire veteran Bethe Correia, but an emergency appendectomy forced Correia to postpone her UFC swansong. Wu will instead find herself welcoming newcomer Joselyne Edwards to the UFC on Saturday’s Fight Night: Holloway vs Kattar prelim card. She doesn’t concern herself with either the historical significance of Correia or the short notice task of Edwards.

“I am looking for a real good fight to give her,” she explains, noting that whoever it is will be “just one of the many opponents that I will be fighting in the future and I expect that I will win. I am determined to win this fight.”

A definitive win opens up intriguing possibilities in the 135-lb ranks and would add her to the growing cadre of Chinese UFC stars flexing their collective muscle.

“We already have a champion, Zhang Weili.  It is incredible that she is champion and has made the dream possible for us all to see and aspire to.  There are many talents here; it’s just finding the opportunity and being in the right place at the right time to be able to take it.

Order UFC 257: Poirier vs McGregor 2 | How To Watch In Your Country

“I am happy to be able to represent my country,” Wu continues. “More importantly, martial arts goes beyond borders and accepts all countries and races.  In the cage, it’s me versus the opponent.  Bruce Lee says, ‘We are all one under the sky.’  When in the cage, I don't think of anything but the fight; after we step out of the cage, we are all friends and martial artists. We all share the same dreams and ambitions. I am happy and glad I am here at Fight Island.”